What goes through the mind of a circle as a mouse puts a square on top of him as I make an image.

Up to my whole experience of blogging so far, I have been using geometric figures to create images for the topics of my post for a laugh because while making these blog posts, I can always find something to make fun of with it. It all started about last year ago when I was doing another project for other classes. In my own opinion, I didn’t really wanted to use google to find an image just from typing a few words in. It didn’t feel to me that I actually did any work at all even if I spend an hour trying to search for the perfect image. At that point on, I decided to experiment myself in using Powerpoint at first and slowly move toward google draw eventually due to easy sharing. The reason why I used shapes was because i couldn’t draw that well and I always used stick figures or simple boxes to make drawings. As time went on, I eventually got even more inspired to create even more and became excited every week to try to make a new image that was better than the last one through experimenting. So as part of a school project, I created a guide with short little tips on how I made it in the small experience I had in this style in google draw.

It was created using google presentation to make it simple to share and look using some small animations I used for giving out examples I learned while making these. For example, I said inside the presentation that layering was one of the most important part of creating them just as you can see it in many Photoshop or drawing videos. Just like others, I use the layering to cut off certain parts of shapes to create new ones simply by plopping it over another while secretly hiding behind it.

Inside the slides, I also decided to make a little puzzle came for any to come have a tiny challenge after reading the whole thing. What I did was just take a previous one I made inside a slide for reference and put every shape I used in it on the side in exact sizes proportion to the image, so the challenge is to figure out which shape must go on top of which to create the final image.

Link if you want to look at the presentation: My Googly Guide 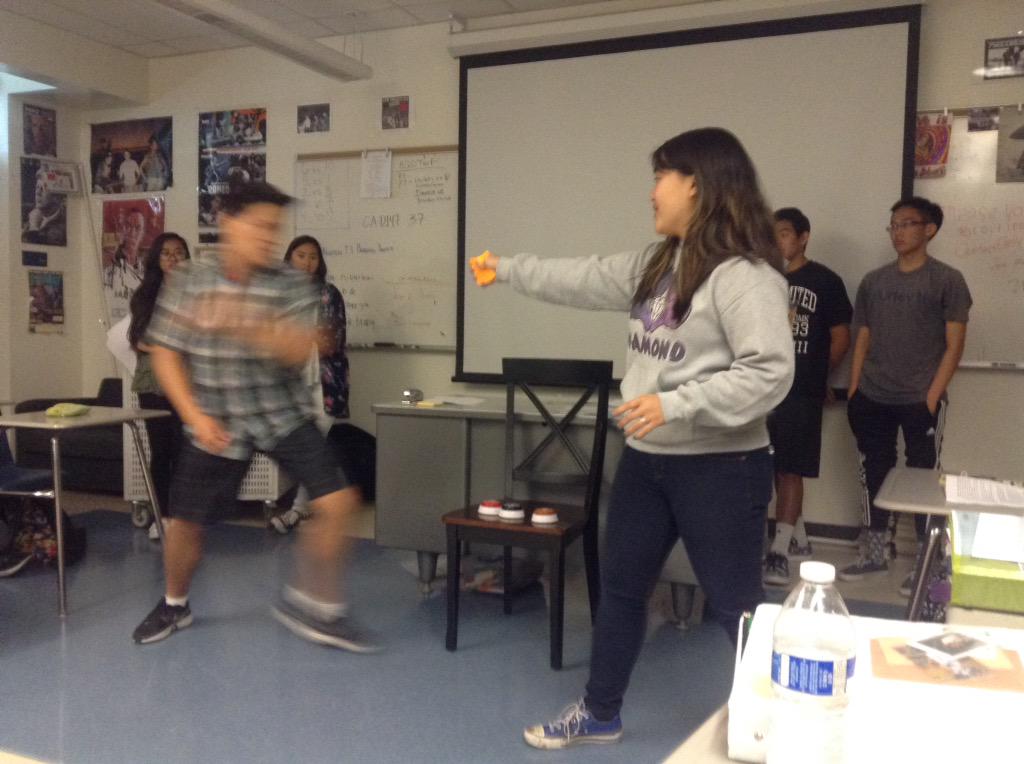 There was this class activity that my english teacher made the whole class do to understand what all the quotes in a book meant and show how it reflected to the real world. How it worked was that all the students were put into groups of four and all of them has to come up with at least two to three questions to put into the brawl to be used as a question to ask contenders. When all the questions are chosen, we get a couple of days later to prepare an answer for each of the chosen question and brainstorm together for the best answer. On the day of the brawl, two groups are chosen to have a debate over which had the better argument over the topic. As the two groups debate, another party can come in to speak their own thoughts about the matter using the all mighty farm animal button to create attention for all to hear.

However for my group, it didn’t go so well as I thought it might be. I won’t say the names but our group kept going off topic and everyone else kept trying to get out of work by talking about the latest shows, class test, and occasionally play video games. I went from time to time to keep them back on topic, but they ignored me. Instead, me and another student try to come up with questions ourselves without the others in class and as a result not much was done. Ultimately, we all created our questions and answers at home on the computer without discussing much of what to actually to put in to answer and just randomly choose who would pick to answer which question individually.

When I answered the questions on my own, I used connections from all over the place from the Captain America movie, Gandhi, an overused quote perhaps, and possibly if I wanted to answer more, I would use video games. On the day of the brawl, I didn’t do much because well our argument was in the same agreement with the other and everything I wanted to say was already told by another. In the end, it look like to everyone that I didn’t do anything to contribute if you want to put that way. In the later brawls where the other half of the group went, I did contribute somewhat in a debate over gun control where I questioned a group to how they would decide to defend themselves using martial arts from a burglar because I thought that it could be impossible to control a person just with martial arts. The reason why is that many times before in movies or real life, there is always a trained killer skilled enough to kill before anyone notice from far away. Another thing I said was the existence of force fields when the teacher suggested to use a defense mechanism instead of a weapon. As far as that, I didn’t do much to contribute because well, only half the group was cooperating with me or a third if you don’t count me.

When I started blogging, I thought it would be boring because it would be like writing an essay every week on what you learn or what you found. As the year I found that I enjoyed it, it was really fun to talk about a topic that I can relate or found fascinating. You can tell which ones were my favorite were one of the longer ones. It’s just that well writing only from school isn’t all that exciting, especially when you have a hard time finding topic. I had trouble in this semester than last semester because we didn’t watch as much videos as we did the last to comment about on, it was just a lot of reading and group activities that made me lose focus on what to do on the projects itself than actually work on my blog post. Still I learned a lot from the experience, I found out I had two big interests in blog posts: Making funny images I thought up of or talking about video games in connection to the world.

It was fun taking about your interests and creating the cartoons because they all had ideas or connections I made by myself without any help that I find to be a big part of personality to work alone.

I could use this in the future when I’m working on writing because this was the blog posts were the biggest writing assignments of all year for me in class. It helped improve somewhat in finding weird errors I never thought to fix.

A piece of advice to new bloggers is to find something you like and talk about it in your blog, you’re not going to be having fun talking about a boring old fishing trip you had that you thought was boring.

One of the biggest hindrances I had been the actual writing because at the start I didn’t learn much about sentence structure or grammar, I just went with the flow of the sentence. As of now, I say I have approximately the same writing skill I had six months because well, the comment weren’t explicit enough on what exactly I did wrong and we didn’t get to do blog draft thing all that well deep in.

I feel the same that endings most of the time sets the whole flavor of how the film or written work will in your mouth when you taste it for the first and there are some animes, movies and video games that I highly disagree or agree with. In video games, one of the most controversial endings was Mass Effect 3 where every action you have taken up to the ending will be useless because generally what you’re trying to do as the shepard is to gather up as many allies as you can to fight off the common enemy of the galaxy, but everyone dies. And it was included in one developers comment that he wanted branching endings where it wasn’t just ending A, B, and C. However the only difference between all of them past on your decision is just color palette change of green, red, and blue.In the past season of anime, there was Death Parade, which was an episodic anime full of stories of people and their problems and how they come to resolve it after death to give their judgement to be destroyed or reincarnated by the main character and Arbiter Decim. In the end, we see Decim grow more than the doll he is meant to be after judging his long client, Chiyuki, where he learns humans should be judged while understanding their feelings and not just bring out the darkest things within them.

What Lies Near the Heart The ending is probably what people will remember the most long after they finish reading, so naturally you would want to have it impactful and memorable, right?

In some of my classes lately, I’m a bit confused on some aspects for test taking. In my math class, I always don’t do well on the tests, END_OF_DOCUMENT_TOKEN_TO_BE_REPLACED

“There’s only two type of criticism you receive, one that are used to help and one that only creates despair.”

END_OF_DOCUMENT_TOKEN_TO_BE_REPLACED

From long ago in school, I had to read a book and watch the movie of it which is basically the one of the only things released from Hollywood other than just remakes of other original today. END_OF_DOCUMENT_TOKEN_TO_BE_REPLACED

“We are human, no one is perfect when we don’t even know what perfection is.”

END_OF_DOCUMENT_TOKEN_TO_BE_REPLACED

The Life of a Shy Person
Create a free website or blog at WordPress.com.